LINUX (or, to be more precise, GNU) is an operating system similar to MacOS, DOS, or Windows. In other words, Linux is the software that enables you to use programs such as text editors, games, and web browsers on your computer. Linux can be used with a graphical interface, such as Windows or MacOS, or with a command line, similar to DOS. Unix is where Linux got its start. It was created in the 1960s by Bell Telephone Laboratories researchers Dennis Ritchie and Ken Thompson.

To teach his students operating system design, Andrew Tanenbaum created a Unix-like operating system named Minix. Andrew S. Tanenbaum's licensing policy was restrictive, as he published his source code but did not make it available for reuse or modification. It was only in April 2000 that the BSD license was modified.

When purchasing a computer and using Linux, no compromises have to be made these days. The open-source project's programrs also released a number of Linux distributions that are close to the market leader (Windows, Apple) in terms of usability. 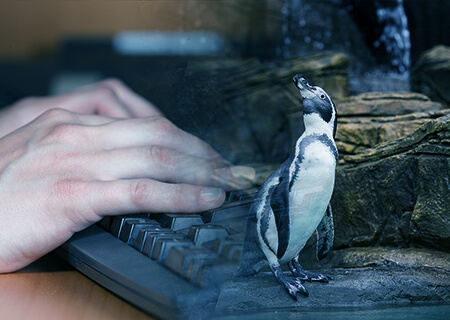 What are the advantages when using a Linux based document management system?

How does bitfarm-Archiv & Linux work?

Linux can be used as a MySQL database server and, with some limitations, as a file server. However, using an off-the-shelf server with Windows OS is the standard recommendation for medium installations. This does not necessitate the use of Linux. Windows is also used on the client side, and all Windows versions starting with XP are compatible. Wine can be used to use Linux as a client with certain limitations. The client can also connect to a terminal server.

Would you like to learn more about document management systems and Linux?